If I had to pick one stock to own for the next ten years, it would probably be Nvidia (NASDAQ: NVDA). As a company, Nvidia stands out because it supplies hardware to most of the industries of the future. We don’t even need to mention the metaverse – artificial intelligence, visualization, automation, gaming and crypto mining are more than enough growing markets for one company.

Not only does Nvidia supply GPUs to several of the fastest growing industries, but it dominates the industry with around 80% market share. Nvidia’s CEO, Jensen Huang, is regarded as a visionary and one of the most respected leaders in the business. I’m sure a lot of investors agree with me on this. But this got me thinking about Nvidia “the company” versus Nvidia “the stock”. If Nvidia is such an obvious pick, is there not too much euphoria in the stock price?

Yes, the share price has just fallen ~30% and erased the gains it made during the “metaverse mania” of October and November 2021. But even before that, expectations for the company were sky high. Not all great companies turn out to be great investments – particularly if the investment isn’t made at a reasonable price. So it’s worth looking at how things could play out over the next 10 years.

Is Nvidia the next Cisco?

Nvidia is in many ways similar to Cisco Systems (NASDAQ: CSCO) in the late 1990s. At the time Cisco was viewed as the company that would supply the hardware to build the internet – and in many ways that was true. But there’s always a limit – and you only know where the limit is after it’s been reached.

In 1999, Cisco reported revenue of $12.2 billion, and at the beginning of 2000 the market cap reached $569 billion, briefly making Cisco the most valuable company in the world. The share price then fell 90% over the next few years – and two decades later, it’s still well below its peak price of $82.

Unfortunately the price-to-sales ratio on the chart below only goes back to 2002. The 2004 peak was 10x, while the 2000 peak was 49x, so the scale would be quite different if all the data was included.

By the way – the reason I’m using the P/S ratio and not the P/E ratio is that earnings are more sensitive to one off events, and can cause wild swings in the P/E ratio from one quarter to the next. The P/S ratio is just a smoother chart.

Is Nvidia’s valuation at extreme levels?

Now, I could say that things aren’t as extreme today as they were in 1999, or that Nvidia has more going for it, etc. But it would be very myopic to assume that Nvidia can’t play out in a similar way. Let’s start with Nvidia’s stock price and P/S multiple for the last 10 years.

The multiple is currently at 25x, down from 34x in November – but just five years ago it was below 3x. To give the current multiple some context, the highest P/S multiples we have seen for Apple, Amazon and Netflix in the last 10 years are 8.4x, 5.3x and 13.9x respectively. It’s probably fair to say that there is still a lot of optimism in the stock price.

According to Seeking Alpha, Wall Street analysts expect revenue growth to drift from the current YoY rate of ~64% down to 16% over the next two years, and then oscillate between 17% and 40% over the following five years. But the reality is that we really don’t know what demand for computing power will be like in five years’ time, let alone ten years’ time.

The last few years have been incredible for cloud, gaming and similar industries. Maybe that strength will continue, or maybe it will result in too much capacity being built. The semiconductor industry is still cyclical, although apparently, it’s becoming less cyclical.

Investor enthusiasm around Nvidia and similar companies will probably be most closely tied to revenue growth, which will depend on demand for computing power. AMD or Intel may be able to increase sales by increasing market share. But Nvidia already has so much market share, its sales can only increase if the market grows.

Now, if revenue growth does fall to 16% in the next few years, what will happen to sentiment? What happens if growth falls even more than expected? And what happens to sentiment if Nvidia’s sales go through a down cycle while spending goes through an up cycle? That’s exactly what just happened at Facebook / Meta and resulted in the P/S multiple falling from 10x to 6x in the space of three months.

What’s the right strategy to invest in Nvidia?

I originally bought into Nvidia around $150 (split adjusted) and managed to trim some around $300. The original trade was more of a momentum play – but now I’m looking at a longer-term strategy. I would like to take a strategic approach that doesn’t require me to make predictions from one quarter to the next. Just have a look at the Cisco chart again and imagine how frustrating it would have been to try to second guess each move.

I’m assuming that demand for GPUs will continue to increase over the next decade, even if that doesn’t happen in a straight line. And I’m also assuming that Nvidia will be a dominant player in the industry. But I think there’s a very good chance the stock will trade on a much lower P/S multiple at some point (or multiple points) in the next 10 years.

So what’s the best way to invest in Nvidia? Dollar cost averaging (DCA) and trend following with the 50/200-day moving averages are two methods that are systematic and don’t require me to try to “time the market”. My preferred approach is to retain my small position (~3% of equity) and add to if the P/S multiple reaches 15x, 10x and 5x. There may be gains to be made from the current price, but the gains would be far higher from a lower price and there’s a good chance there will be a lower price.

It is possible that I end up adding to the position at higher prices, but if I’m adding at a lower valuation, I’ll have less downside risk and can justify a larger position. On the other hand, if the stock price keeps rising from the current price, my current position will grow on its own.

Investing in stocks means weighing up risks and potential returns. Cisco gives us an idea of how things could play out for Nvidia’s stock price. I think there will be a lot of value to be gained from referring back to that Cisco chart from time to time for some perspective. As much as I think Nvidia is an amazing company, history tells me there’s a good chance there will be a safer entry point.

So, I’m going to have to be prepared to hold a small position for now and add to the position over time. It honestly wouldn’t surprise me if the price takes off again, but at the same time it seems reasonable to assume the valuation will be much more reasonable at some point in the future. What do you think? What is your strategy for investing in Nvidia? Let us know your thoughts in the comments below. 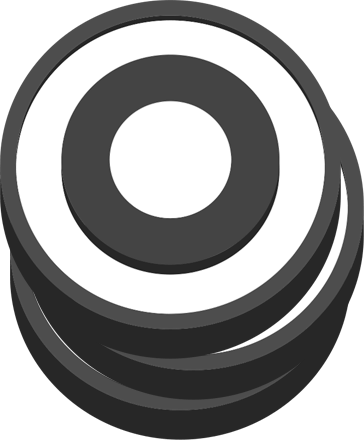 Richard is partner at InvestOpen, analyst and investor based in Cape Town, South Africa. He has over 18 years’ experience in asset management, financial media and systematic trading. Richard combines fundamental, quantitative and technical analysis with a dash of common sense.